Where are the boundaries of the photographs that we share publicly on social networks?

Broken noses was originally one of the compilations of New Photography Project, but because its uniqueness and the various connotations that can arise, has become an independent work. I was particularly interested because helps to question which are the limits of the images that we share on social networks, the reasons that drive us to do it, and its consequences.

Broken Noses is a methodical collection of publicly shared pictures on Instagram, all of them of people with a broken nose, whether self-portraits or consented photographs. All images curated and collected by Jordi V. Pou are shown together in the project site, at brokennoses.tumblr.com , that has more than two thousand images right now.

This set has the property to impact the viewer . Ever since I first saw it, the question that I intend to move to that surprised viewer arose: Why do people share a picture like this? Broken Noses is a visual punch in the nose, an intentional assault, which is meant to open the eyes of the viewers, making them aware that social networks are a public space. Pictures shared publicly could not only be seen by others but also downloaded and used out of the original situation. 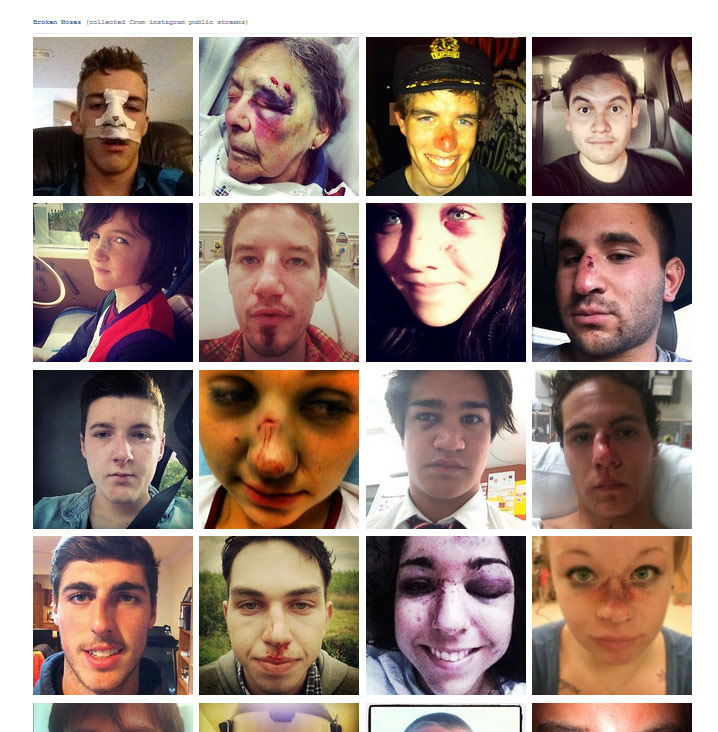